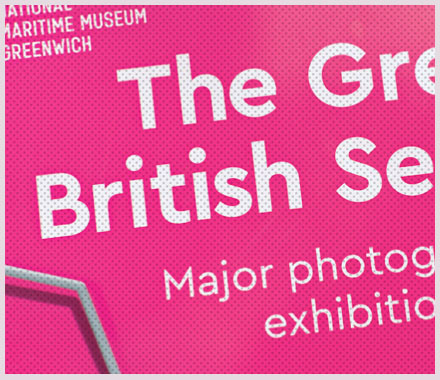 Working with Blast, we were asked to create a trailer for a major new photography exhibtion being held at the National Maritime Museum, Greenwich. The subject was The Great British Seaside, and comprised of a selection of photographs by Martin Parr, Tony Ray-Jones, Simon Roberts and David Hurn. After putting forward several creative concepts, the client chose this simple postcard theme. 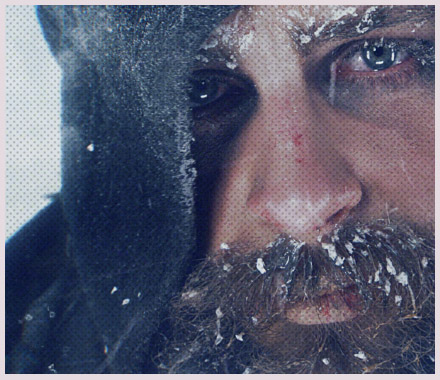 We were approached by Blast to put together a trailer for the National Maritime Museum exhibition about the explorer John Franklin, called ‘Death in the Ice’. The footage had already been shot against green screen by David Ellis, as part of the photography for the posters. It was up to us to put together the final trailer, creating a realistic arctic scene and compositing the Franklin character into it. This involved camera tracking, extending the track into a virtual camera, various particle systems and 3D elements, to create the final effect (as you can see in the compositing breakdown above).

The trailer has also been used to promote the exhibtion in Canada.
Share: 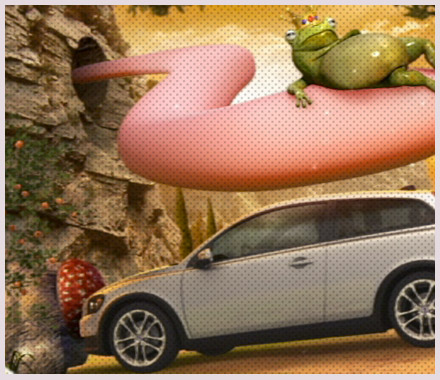 We spent 4 months working on 3 spots for the Volvo C30. Based on real quotes commenting on the car, we were asked to come up with concepts and direct the ads. This ad was based on the question ‘Is the car ugly or beautiful?’. Produced at Not to Scale.
Share: 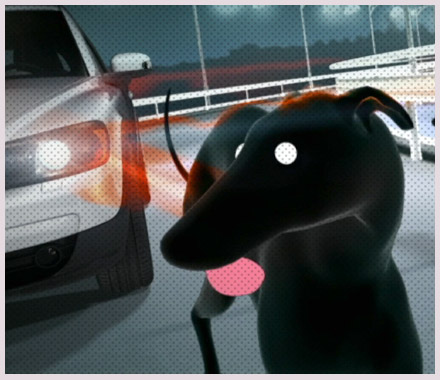 We spent 4 months working on 3 spots for the Volvo C30. Based on real quotes commenting on the car, we were asked to come up with concepts and direct the ads. This ad was based on the quote ‘It reminds of a greyhound, it’s very muscular back legs.’ Bizarrely, although broadcast in Europe, it was never shown in the UK, as there were concerns it would encourage people to use their cars to race against dogs. Produced at Not to Scale.
Share: 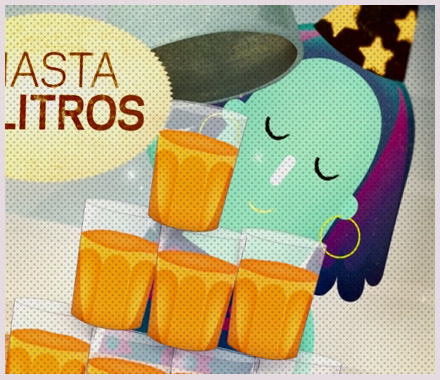 Continuing our work with ‘We Are What We Do’, we were asked to create an advert for their partnership with a new cordial ‘Menos es Mas’ (Less is More). Based on already existing packaging, we expanded the world and created the ‘Mum’ character. It aired only in Spain and Portugal.
Share: 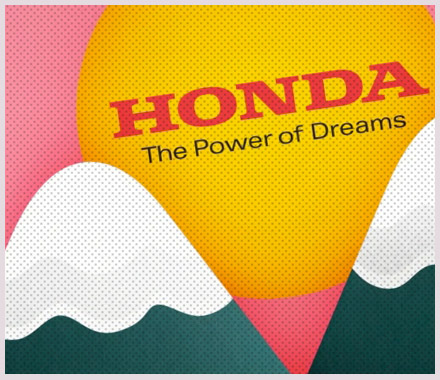 We were approached by Wieden + Kennedy to direct an animation to accompany an already designed booklet about Honda’s environmental innovation. It promotes the ethic of ‘doing’. We should all do little things, that make a big difference. It was eventually shown across a whole ad break on Channel 4 during a broadcast of ‘An Inconvenient Truth’. Produced at Not to Scale.
Share: